The steam engine, which used to be the heart of the industrial activities on the former Royal United Leather (KVL) terrain is beating again!

The Foundation Steam Engine Oisterwijk was established in 2010. It’s main aim is to restore the engine to its authentic condition, and have it running on steam once again. After hours of devoted handiwork, the engine was literally pulled out of the mud and in 2012 set in motion, under the watchful eye of former employees and the public. The Foundation is determined to keep the steam engine running, be it in the meantime with electricity, the ultimate aim is to have it working on steam only. We also have grand plans to restore the electro-generator.

The Foundation Steam Engine Oisterwijk is part of the impressive complex where the former Royal United Leather Company (KVL) was situated. The whole complex is being renovated. The steam machine, a majestic piece of industrial heritage, was once the heart the Oisterwijk leather industry.

The factory chimney of the former Royal United Leather Company (KVL)  in Oisterwijk can be seen from afar,  a beacon of labour. Right next to the chimney, you can find the recently renovated Engine room and boiler house. These were originally served as a power plant for the factory. A number of volunteers has striven to preserve this unique industrial heritage for the  town of Oisterwijk.

The powerful steam engine was for decades the source of energy for the huge machine at the factory on  the Almystraat in Oisterwijk. It was also used during the war as an emergency power supply for the Oisterwijk community and is now a landmark. Nostalgic to see, but also educational!

As we work with volunteers, we can only welcome you by appointment. For a tour of the power plant, or making a photo shoot, please contact us through the following email address. We charge a small fee for service, which is used  to realize our dream. In return, you can capture our dream on film or look back on an interesting tour. 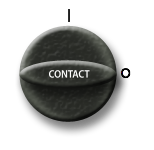 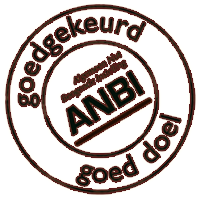